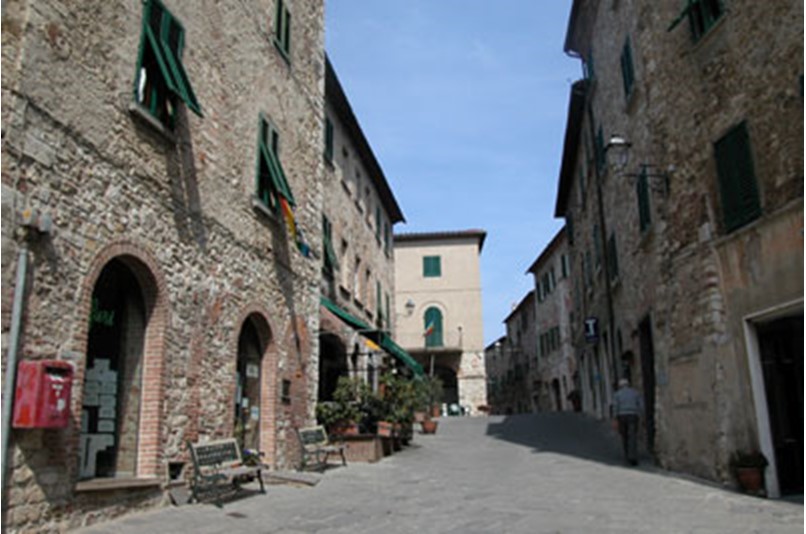 Suvereto rises not far away on a hill from the sea. E' between the more ancient localities of the Val di Cornia. Its origins are rifared the age of the landslide of the Roman Empire, when for reasons of military emergency the coastal populations were moved in the collinari zones. The political history of Suvereto is tied inscindibilmente the strong character of its population, which has always shown a deep originality, above all in the intraprendenza and the love towards just the country, characteristics that have made yes that Suvereto became in the 1201 first common free one of the northern fen. In 1228 it entered in contact with Marine Mass with which one formed an alliance liberations, but already in 1237 as a result of subentrare of Pisa we find it to the inside of the Ghibelline alloy; from this moment until the passage under the state of Piombino, delivered up in 1399, remained under the pisano power, in the comparisons of which it maintained always one good autonomy. The center of the country still today conserve its historical and artistic characteristics, rendering who possible takes a walk for the ways of the village to decrease itself in the atmosphere of the centuries passes to you. Entering in Suvereto the first impact it is with the pieve Romanesque of Saint Giusto, going back to IX the century, but only completed in 1189. The perfectly integral facade is all dominated from the portale adorned with preRomanesque decorations and from two columns surpassed from accucciati lions. The inside, austere and evocative, has decreased in one coming from light soffusa from the rosoni and the finestrelle. Close the church of S. Giusto there is the merlata door that leads in the historical center. Turning to right the church of the Madonna of over the Door, finished in 1772 with the offer and work of all is found the population in order counter-current to accommodate the image of the Miracle of the opening of the doors during a violent one nubifragio that it threatened to submerge the low part of the lived one. The hill where rises Suvereto is dominated from the Rocca Aldobrandesca, front to thousands, therefore like them it walls and the towers that encircle the village. Between the near buildings there is the going back Communal Palace to XIII the century, famous for the particularitity of its income, said loggiato of the Judges, because from in the Middle Ages the local Magistrates they pronounced their sentences here. From the opposite part, regarding the place where the Communal Palace is placed, the ancient Convent of Saint Francisco, constructed is found to leave from 1286. Of the facade the portale and the rosone can be still caught a glimpse, visible the bell tower and the apse from the alley omonima that door to puts into effect them Ghibelline, center of the Agency Valorization For-Native place. Still very conserved it is the evocative Chiostro of the convent which it is reached from the way of the crocifisso. The complex was constructed in 1286-1288 on land donated from the Aldobrandeschi to the Franciscan friars, than they stablily held it until the end of the ' 700. To flank of the chiostro the church of the Crocifisso, built up in 1500 on land lavished from the friars of omonima the Company in order accommodating simulacro a quattrocentesco patron of Suvereto rises. Still of important historical and architectonic interest it is the Door of over or original Porticciola of the high Middle Ages with to flank one of the beautifulst towers of entire cerchia the building, transformed like other buildings in civil room in the ' 600. Up on the left there is the locality of the Standards, that it remembers the relative vicissitudes to the lessatura of the emains of Arrigo emperor WAYS in 1313. Deserving of visit it is the rione Rotaio, than with its alleys, the scaloni that they go up to the castle, with wonderful the garden hanging, constitutes a truly characteristic angle of Suvereto, where the time seems it are stopped. 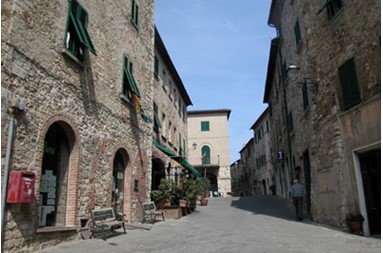