the medieval village of castagneto carducci

The castagnetana campaign has uncovered in the last years, nearly for case, to have become the understood one them of the tourism to the open air. In it classifies of the tourist localities more liveable, drawn from the Legambiente, Castagneto Carducci has turned out before in Tuscany and third to world-wide level; in order very six times in the last ten years Castagneto Carducci have been Blue Flag , acknowledgment attributed from the EEC to the bathing localities with the more efficient services and the cleaned up sea more. Even if the territory is rich of finds of the Etruscan-Romanesque age , the name of Castagneto appeared for before the time in the action of donation of the assets to the monastery of Saint Peter to the 6 written up Monteverdi July 754 d.C. from Walfredo di Ratcauso. The toponimo it derives give " castaneam " and it is therefore legacy to the local resources. Strange E' but the fact that today the surface to chestnut tree is meager and that also the feeding made up of chestnuts e' always be little diffused. The more reasonable explanation is that the chestnut tree was used for its does not yield , but like lumber from coal and iron and steel furnace. Castagneto is the place of the Communal territory more anciently cited, but not if of it they know the territorial limits, neither it is known like centuries after ricomparve between the possedimenti of Conti di Donoratico . The population was always in fight with Of the Gherardesca for the enjoyment of the civic uses. In a 1778 sentence it assigned to the property of the territory to Conti and the civic uses to the castagnetani; in 1788 to the population for before the time the property was only granted land. In the years succeeded you the contrasts however were sharpened to the point that in 1847 burst one turned total that convinced the Granduca Leopoldo II to grant "presaddlebacks" and other smaller claims. On the urban plan, Castagneto, next to some old or new privates property, in part you consolidate to aim 700, extended its inhabited before in the outskirtses of the mythical village, then in the below zones of the Gardens, Fontanelle, Costia to the Almonds tree, the Cottage and the Biancuccio. In as far as the name, the ancient county remained with the time "EARTH GHERARDESCA", become simpler in "the GHERARDESCA". But to the inside of it they had taken to consistency community small: Bolgheri, Donoratico, Castagneto, than Florence in 1406 it had constituted in Common independent. After the unit of Italy, the country by now was definitively christened with the name of Marine Castagneto in place of the old "Community Of the Gherardesca". When in 1907 Giosuè Carducci died the Communal council deliberated to change of the name in Castagneto Carducci. In 1926 the country abandoned the province of Pisa in order to enter to make part of that one of Livorno. Castagneto Carducci it is a small village carefullied lay down on the top of the hill on which it dominates the Castle of Conti of the Gherardesca , a time encircled from walls . The castle and church of Saint Lorenzo costituisc one the original nucleus of the inhabited center. Around the Castle, than in its long history it endured many remakes, to the par of the parochial church the whose edificazione laughed them probably to the Thousands, has developed to the city center second a ring outline concentrates that it gives life to us to a system of roads, alleys and squares. It puts into effect them town hall , become center of the Common one in 1849 , it had been used, to leave from 1716, like center of the palace prethorium; in the square rear, the Public square of the Gogna , had place grida of sentences and the execution of infamanti pains to the gogna and the sedan. Center of the country is the way Vittorio Emanuele , that it finishes on Public square of the People , behind which a natural terrace is opened whose name, Large square Lookout , already announces the landscape that extends to its feet. In this large square they take to life during the year numerous folkloric and tourist manifestations. In front of the Church of the Saintest Crocefisso the oratory rises, where it is conserved the fifteenth Crocefisso recovered between the ruins of the ancient monastery of Saint Colombano and object of alive local cult. 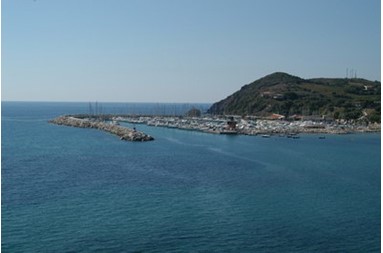 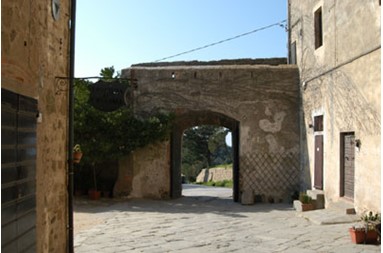