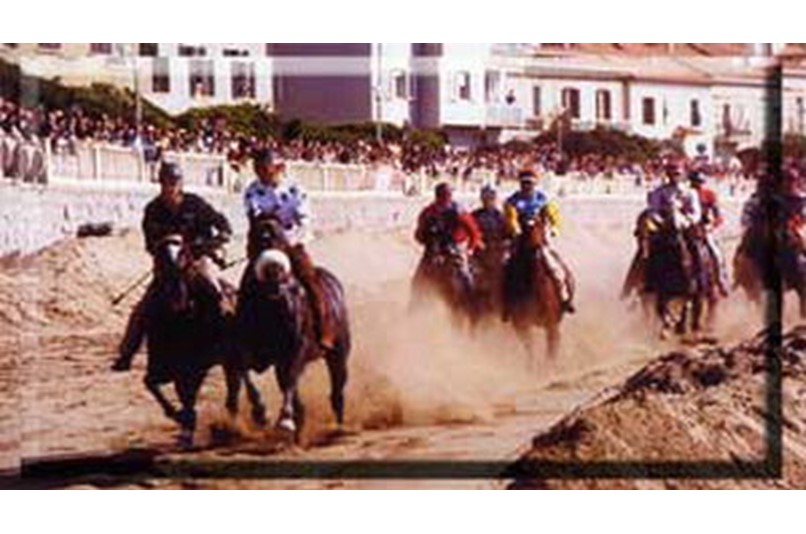 On the Etruscan coast Easter is celebrated with a traditional Palio. During this time of year, a bareback horse race, takes place in San Vincenzo, in which the jockeys from the most famous Palio in Siena ride. The Palio is the final test after a day devoted to horses, not only to the noble racehorse, but also to the common horse, which is used by both the environmental guards and the cowboys. In this final test, nine jockeys represent the colours of the towns in the Province of Livorno, on the Etruscan coast. The nine jockeys in the final are from prior palios. The Palio has made San Vincenzo an important town for both the lovers and the employees of the equestrian world. This is not only during the day of the competition, but also for the long preparation period before the Palio. The Palio of the Etruscan Coast takes place on the beach north of the marina, near the fourteenth-century tower, which is the symbol of San Vincenzo. It is close to the centre, parallel to a natural tribune of the promenade, where thousands of curious people gather in order to see not only horses and jockeys, but also the innumerable performances of sport parachutists, horsewomen, jet skis, Giubbe Verdi, stuntmen and mounted Carabinieri. On Monday April 12th, (Easter Monday), San Vincenzo awaits you with the ninth Palio of the Etruscan Coast. 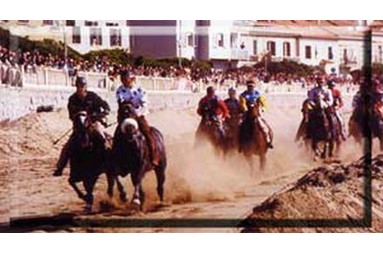